Summary: Netflix is a place where you can enjoy the best war movies. Here we list the top 10 best war movies on Netflix 2021 for your reference. Download Netflix shows for offline viewing or rip Netflix DVD/Blu-ray war movies.

The Most Complete DVD/Blu-ray/4K UHD Solutions

There is a sea of Netflix movies streaming every day. Which kind is your favorite, war movies, love movies, etc? Here, let's put the spotlight on Netflix war movies first. The term “war movie” is so vast that two people quite often differ if a movie deserves to be called a War Movie. In Hollywood, one can categorize not only World War, Nazi, and Vietnam documentaries as war movies but also many alien flicks like Star Wars come into the fold of such movies. If you do like such movies, then Netflix is the place where you can visit. And you can also rent DVDs and Blu-rays of such movies from Netflix. In this article, I will inform you how to download Netflix and how to rip DVD war movies to MP4, MKV and other mainstream video formats.

DVDFab Netflix Downloader is the best HD video downloader. Till now, it allows users to download videos from Netflix easily.

How to use DVDFab Netflix Downloader:

There are 10 best war movies of all time listed in this part. Look through them and pick up your favorite war movies on Netflix.

This is probably the best military movie on Netflix and another big example where despite the negative reviews by a movie critic, the movie does great in the cinema halls. Released in 1987, the movie is settled in the Vietnam War. It is more like a combination of small stories rather than one big complete plot. The movie is divided into 2 parts with the 1st part showing the training of the new cadets in a military base and the 2nd part showing them on an actual battlefield in Vietnam. The indisputable reason for the movie to work is the confrontation that is shown between the gunnery sergeant (Lee Ermey) and a dull amateur (Vince D'Onofrio). In clear terms, the movie shows Kubrick’s hatred of war and the inhumane effect it has on the soldiers.

Rather than labeling it the best Netflix war movie, we will call it the best Netflix manhunt movie in history. The movie covers the decade-long hunt for Osama bin Laden and how finally the Americans got successfully in killing him. The movie got featured in a lot of lists like the 95 critics' top ten lists of 2012 and got nominated in 5 categories of 85th Academy Awards. The movie got into some controversy due to the positive manner of showing “Enhanced Interrogation Techniques” which seemed to forward the pro-torture propaganda.

This movie unlike Zero Dark Thirty is one of the pure best war movies on Netflix. Based on the 2005 novel by Nigerian-American author Uzodinma Iweala, Beasts of No Nation is a story of an imaginary West African nation in the state of civil war. The plot is centered around child soldiers and the brutality that wars inflict on young minds and bodies. The tale is a heart wrenching one and is considered the best work directory Cary Fukunaga has done so far.

Wondering why we would keep this movie in our list of best war movies on Netflix? It is here because this is the only movie on this list that shows real footage of World War 2. You can see actual footage where the cameraman has to get out of the way to escape harm during the fight. The movie shows how soldiers try to lighten up and stay brave while facing deathly situations.

War of the Worlds is one of the best war movies on Netflix from Steven Spielberg. Though this one has an alien enemy in the movie, it is actually a response to the tragedy of 9/11 of the director. There are a lot of things unexplained in the movie like what triggered the aliens which were till now peacefully buried in the earth for millions of years. There are no scientists working with Government to bring down the invasion but rather the story follows a common man Ray (Tom Cruise) who is trying to save his separated family.

The movie is based on the experiences of the 150-strong Irish army which participated in the Congo peacekeeping mission of the U.N. in 1961. In reality, the soldiers weren’t officially recognized for this mission till 2005 and that is why this movie is recognized as a small right to the wrong done by the U.N. in keeping this bravery of Irish soldiers under wraps. The starring role is played by Jamie Dornan as Pat Quinlan who along with his battalion is caught in the middle of this war in the small Congo city of Jadotville.

This is not your Avengers movie, but a much older and totally unrelated actual Civil War movie from 1990 made by director Ken Burns. The war was fought for ending slavery and the south of America was in no mood to give way to the reforms leading to the war. The movie goes into deep details, stuffing you with knowledge, and leaves no room for interpretation that the war was fought to end slavery and for nothing else. One of the rare morally complex war movies on Netflix for white Americans from the south who must see to know the horrible history of their ancestor and accept the wrongs that the community did.

This movie is based on a memoir written by Loung Ung, a friend of Angelina Jolie. The movie is one of the many best war movies on Netflix directed by Jolie. The storyline is based out of Cambodia in 1975 during Khmer Rouge rule. The writer is a friend of Jolie and credits have to be given to Jolie to make a movie so intense based on the story. The storyline is more focused on the sad state of affairs and atrocities that happened in the Cambodian Civil War.

If you are more into modern war movies with full-on fights with guns, missiles, and explosions, this is one of the best war movies on Netflix you can find. It shows the moral dilemma that the war generals of today’s drone age face. It forces the viewer to consider if the “collateral” in the wars is worth the cost of the war.

This is the only documentary in this list of best war movies on Netflix that shows not the war but the “peace” that comes after war. The movie takes us through Afghanistan’s Helmand province showing how the country is still battered by war even when the American troops are getting ready to withdraw from the country. The movie shows how the domestic guard fosters a hatred against the foreign military and their own politicians due to a feeling of betrayal and being used.

Watching a movie online is not always the solution. Neither is it economical to keep renewing the subscription of the service just to watch an old movie one more time by renting DVDs or Blu-rays. Here we give you some tool at your disposal which can help you rip and download the war movies from Netflix to your local system in just the digital format you want. We recommend using:

DVDFab DVD Ripper is the best DVD ripper software you can get. It can help you rip Netflix DVDs into any format you want or any device-specific media format you need. It is amazingly fast in its conversion process but guarantees to never compromise on the output quality.

With the Blu-ray ripper software, you also get a powerful video editor and advanced settings tool that lets you customize videos in just the way you want.

Other Articles You May Like:
How to Watch Netflix Offline [Windows/Mac/APK]
Hulu vs Netflix: One Way to Get Them Both 2021
Anime Movies Free Watching and Download 2021
Unblur Photos Free and Fast [Remove Blur from Photo]
How Can I Download Songs from WeSing
Increase Video Resolution with Video Quality Enhancer
Denoise [Noise Reduction from Video and Noise Removal in Audio]
The Founder: Download, Play and Convert It for Free
Top Bollywood Movies & Songs Download on PC/Smartphone
HEVC Codec Extension Free Download and HEVC Codec Players Windows/Mac
FLV to MP3 Free and Fast without Limit 2021
The Best Free Way to WMA to MP3 2021 [Windows/Mac/Online]

The best DVD ripping software that can quickly rip and convert a DVD to any mainstream audio & video formats for playback on PCs, portable and mobile devices. 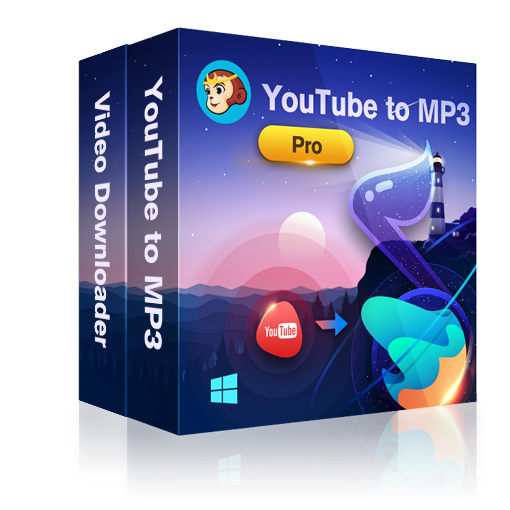 Imporve video quality up to 4K